They Took Another Look! 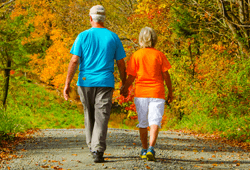 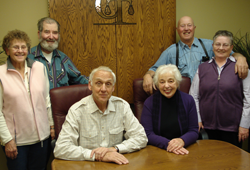 Now that's a long sentence, but it typifies the gift planning journey. Seldom does anything transpire until a charitable seed is carefully sown, gently watered, and tenderly nurtured. But the end of this particular journey was now at hand. The conversation was jovial as we sat around a large conference table in their attorney Robert Rosenvold's office. It was the culmination of the DeHoff's and Rahlf's gift planning journey. LCMS Foundation played a vital part by explaining the concept and eventually drafting the documents at no charge for their attorney's review.

The two couples were completely ready to turn over the ownership of their farmland to LCMS Foundation as trustee of their individual charitable trusts. Up to this point, the only options they knew for their farmland were: sell the land and pay capital gains tax or keep it and continue paying real estate taxes, insurance and maintenance costs.

LWML volunteer Gift Planning Advocate Dottie Sincebaugh introduced them to another way-a charitable option little known to most retiring farmers. Trained by LCMS Foundation for her volunteer gift planning position, Dottie introduced the DeHoffs of Binford, ND, and the Rahlfs of Sutton, ND, to some of the benefits of gifting farmland to a charitable trust.

"It was all foreign to us at first, " Charles recalls. "We had never heard of a charitable trust, but after we learned what it could do, we took another look."

Charitable trusts can make sense for the right situations: for retired farmers whose heirs are not interested in farming and for those who want lifetime income, the benefit of no capital gains tax if they were to sell, a sizeable income tax deduction and the joy of knowing that they have created a wonderful gift that eventually will benefit the charity(ies) of their choice. Heirs can also be included with the income stream. As long time LWMLers, Nikki and Alice were pleased to name LWML as a primary charitable beneficiary of their individual trusts.

"It took us awhile to make up our minds," says Bill, an avid gardener. "The charitable seed just needed time to germinate." And who would know that better than this seed sower?

So true-it's all in God's timing!