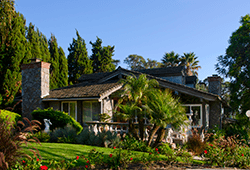 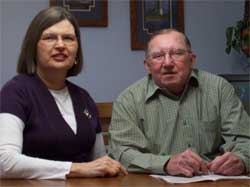 Ed Carson passed away after this article was written.

It's unlikely that anyone could find a family more steeply entrenched in the Lutheran Church-Missouri Synod than Ed and Judy Carlson of Paola, Kansas.

Ed's father, Hans Carlson, finished his pastoral career at St. Paul's Lutheran Church in Falls City, Nebraska. Both Ed and Judy, along with all their siblings, graduated from Concordia University in Seward, Nebraska. Early on, Ed and Judy both taught at First Lutheran School in Paola. (Later, Ed moved into a managerial position at a steel manufacturer before retiring.) Their children, Kristin Petersen and Alisande Duncan, graduated from Concordia, Chicago, and Valparaiso University, respectively. And following the tradition established by her mother, Judy became involved with LWML years ago and now serves as its national secretary.

"I was not one to step out, but the women at First Lutheran urged, encouraged, and mentored me," Judy recalls. "And I discovered that I really enjoyed the mission and ministries of LWML. It isn't hard to serve. It makes me feel so alive. I've gained a lot of confidence through my involvement with LWML."

Ed chimes in: "She can handle anything that is put in front of her." This now includes Ed's illness with Chron's disease which has led to other complications. "It's taught me patience!" Judy adds. "We've learned to take one day at a time. We also wanted to learn more about how we could give a part of our estate to the LCMS ministries that have been so important to us over the years."

Not having heard my presentation at the LWML Kansas District Convention as Judy did, Ed didn't know what to expect when I came knocking on their door the first time. But after a number of visits and the sale of Judy's portion of the family farm in Nebraska, the Carlsons decided to enter into a two-life gift annuity. (A two-life gift annuity is a contract with LCMS Foundation that offers increased lifetime income for both spouses and a generous income tax deduction. Part of the payment is tax free until life expectancy which increases the net effective rate of the annuity. At the second spouse's death, the remainder is distributed to the named ministries.)

"I'm so relieved!" Judy exclaims. "It's a good feeling to have made this commitment. God has really blessed us."

For more information about gift annuities, contact linda.gage@lfnd.org or call 800-741-4138.